There is no single way in which to design a database. As requirements vary between organizations so too will the data structures they use in business systems

Evaluating if a read cache like Pure Storage DirectMemory Cache will increase the performance of a business system is entirely dependent on how the data is accessed for read operations and the associated access frequency.

There are a number of logical layers to consider which will impact how data is accessed by the business system :

The core metric to look at with these datasets is responsiveness. If storage responds more quickly to requests (latency) then it is possible that the database will be able to complete more operations in the same time frame as a less responsive solution. For the purpose of the examples given here data will either have a very low amount of or no change applied to it while evaluating read cache benefits.

In the below evaluation ¼ of a 20TB database was evaluated with and without a read cache using a range of read only SELECT queries.

Evaluating a read cache like DirectMemory Cache with a low density access patterns requires a dateset to be designed that is highly diverse in the following ways : 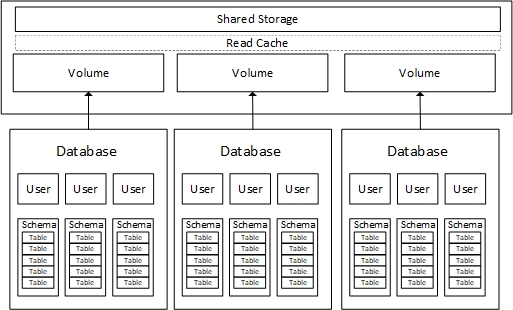 The results of testing with and without DirectMemory for a low density access pattern displayed an improvement of ~5%. 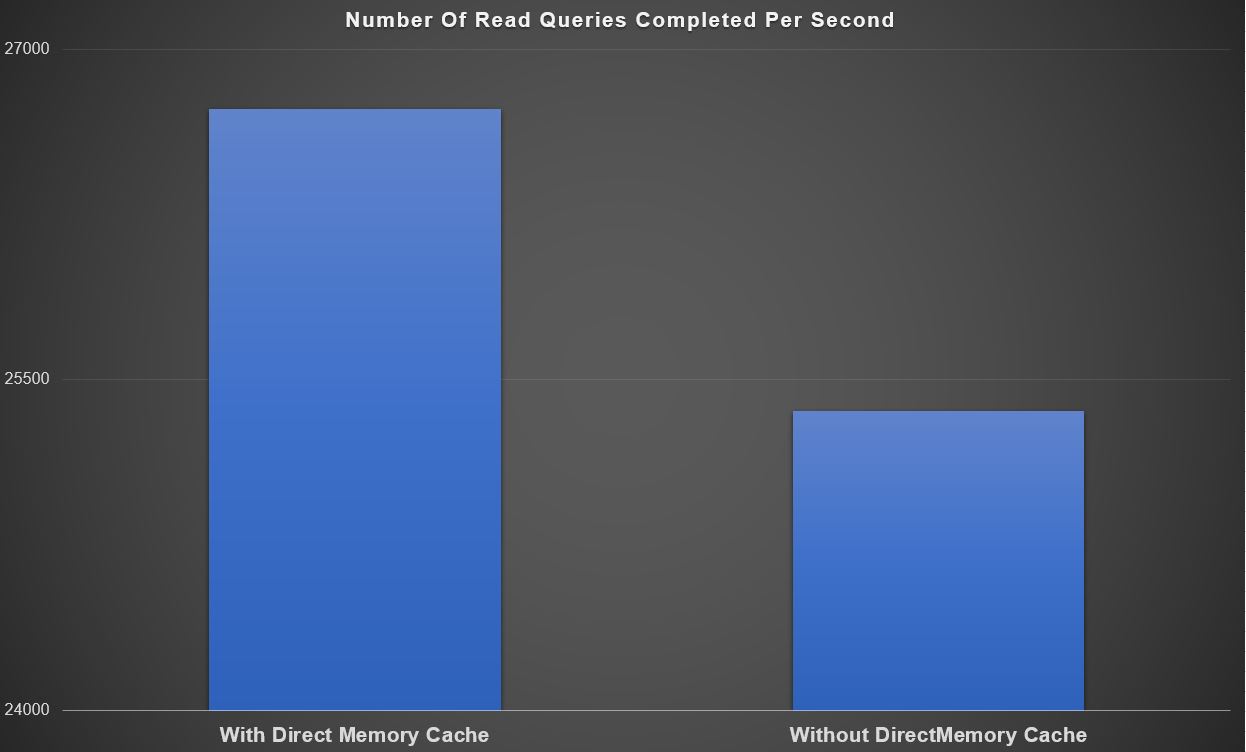 Evaluating a read cache like DirectMemory Cache with a high density access patterns requires a dataset to be designed that is highly diverse in the following ways : 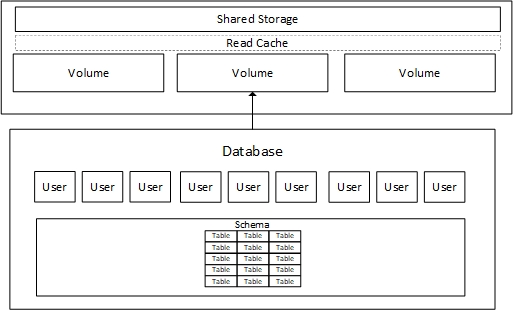 The results of testing with and without DirectMemory Cache for a high density access pattern displayed an improvement of ~17%.

The interesting comparison to look into is the difference in dateset density when compared with all of the configurations. FlashArray is designed with a native read cache (DRAM based) but it is much smaller than the capacities offered by the DirectMemory modules. 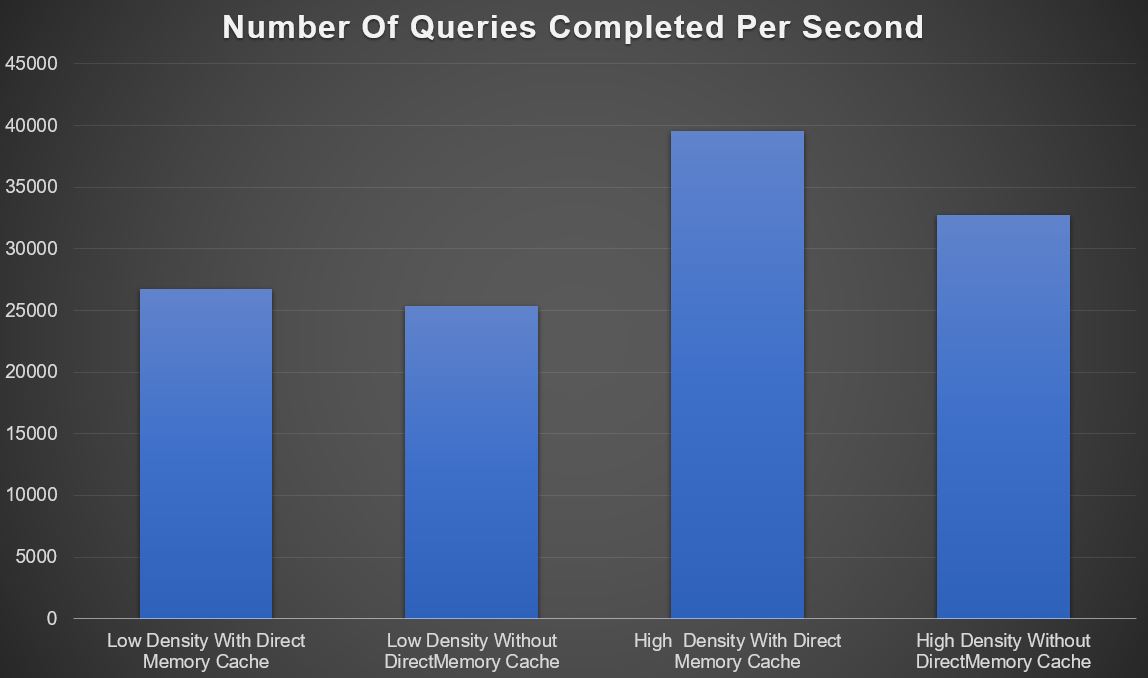 Even without DirectMemory cache I observed that the high density dateset was more responsive to the SELECT commands executed against it.

In conclusion I found that a high density access pattern will always yield better results with a read cache when compared with a low density access pattern. This is because when data is accessed more frequently , it is more likely to be a good candidate for a caching solution like DirectMemory cache.